Miles and miles of untamed coastline that alternate with stretches of sand, suggestive villages facing the pristine sea, and lively, buzzing beach establishments are – in a nutshell – the elements of littoral Calabria on the Tyrrhennian Sea.
Ideal for every type of vacation, the shores of Calabria offer ways to relax, have fun, and a multitude of other opportunities, even for the most exacting of travelers.

For those arriving in the Region of Calabria from the north, the first magnificent point impact is the Riviera dei Cedri, so-called for this area’s fruitful cultivation of the citron. 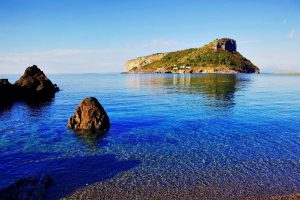 The first city which welcomes vacationers is Praia a Mare, right on the border with the Region of Basilicata. Making up part of the National Park of Pollino, Praia a Mare – boasting splendid dark-sand beaches – is one of the Region’s most famous touristic localities. Take the opportunity to see Dino Island as well; springing up across from Capo dell’Arena, it offers beautiful grottoes that not just nature lovers will appreciate. Praia a Mare is part of the province Cosenza and has about 6.900 inhabitants. In original it was a popular village of farmers and fishermen. 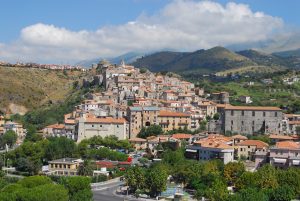 Travelling more in the south, Scalea greets visitors with its characteristic historical centre and ancient walls. Its enchanting and narrow lanes make it pretty easy to wander and get lost for a while. Meanwhile, numerous and diverse hotels await at the water’s edge. At the moment Scalea has about 11.000 inhabitants which are called scaleoti. Scalea is situated just 25 meters far from the sea. The Saint patron of Scalea is the “Madonna del Carmine” which is celebrated every year on 16th July. On 8th September the “Madonna del Lauro” is celebrated. 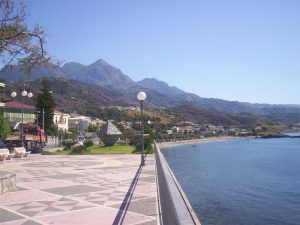 Shopaholics should seek out Diamante, rather, full of artisan bottegas and fashionable boutiques. Diamante also captivates visitors with its hundreds of intriguing murals painted on the fishermen’s houses in the historic center. Just as captivating however, is the excellent local cuisine, and the fact that here resides the Academy of Peperoncino. The project “Murales”, which started in 1981, brought painters and artists from Italy and abroad to Diamante, where they started to paint the walls of the historical centre. 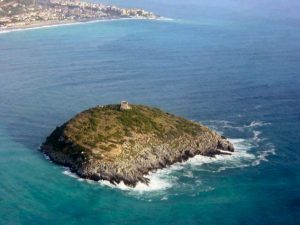 In front of Diamante and Cirella you can find a small Island which is called Cirella. It consists of limestone and represents a true natural jewellery. You can reach the island from the beaches in of Diamante and Cirella or from the small harbour of Diamante. The island is covered of Mediterranean flora and especially in spring the island is full of flowers in all colours. On the island it is possible to find a coastal tower, which was built by the vice king of Naples. One time ago it was in the form of a quad, 10 metres on each side and the walls were 3-4 metres thick. 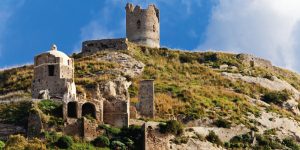 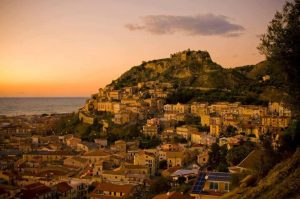 Any town whose name derives from the Greek word “lover,” can’t be too shabby, and Amantea, located in the province of Cosenza, certainly lives up to its name. In addition to its glistening Tyrrhenian Sea beaches and caves, Amantea’s imposing fortress, an ancient Byzantine castle and nearby monastery are worth a visit. 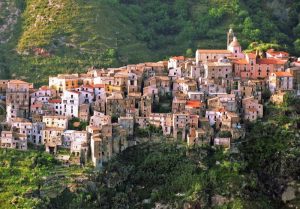 Belmonte Calabro is placed on a natural terrace which offers a breathtaking view to the sea. The village is in the typical medieval stile and offers one of the most interesting historical centres on the tyrrhenian coast.

Here the sea is, without a doubt, at its best. We find the tiny islands (scogli) of Isca dotting the waterscape; named a protected WWF Blue Oasis in 1991, they are highly-sought out by scuba divers.

Also known as the Costa Bella for its vicinity to the Aeolian Islands, the Costa degli Dei is 34.2 miles long and spans the length of the Province of Vibo Valentia on the southern Tyrhennian. 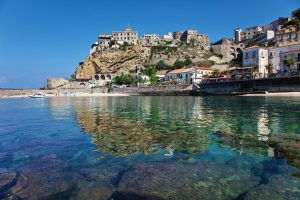 Pizzo is a beautiful small town with about 9.000 inhabitants, with a splendid sun and sea and a perfect position as it is situated on the rocks of the Tyrrhenian sea. Prized for its gastronomy (its truffle is renowned just about everywhere) and for its position overlooking the lovely Gulf of Sant’Eufemia, Pizzo Calabro is a little fishing village suspended precipitously over the sea. 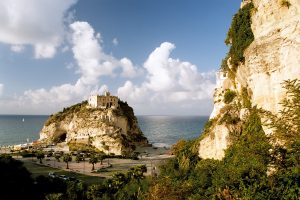 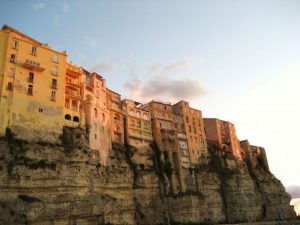 Tropea is Calabria’s most sophisticated seaside town, located on the soutwest coast of Italy. A unique beach location in a picturesque position surrounded by white sandy beaches, turquoise waters and fantastic rock formations. The beautiful old town, perched on a cliff overlooking the aquamarine sea dates back to the 16th Century, with charming lanes, excellent restaurants, little boutiques, bars and piazzas with breathtaking views over the Aeolian Islands (Stromboli).

Famous for its authentic feel, natural beauty and spectacular sunsets, Tropea is a great holiday choice. 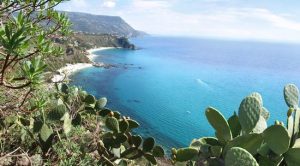 The coastline is called “Costa degli Dei” – Coast of the Gods and is famous for its beautiful beaches and clear waters. Beachfans will love this place as well as lovers of nature and families. Capo Vaticano’s big wide beaches and small bays of white sand slope gently into shallow waters – perfect for watersport and fun with children. Although there are many small hotels and holiday apartments along the bays, the region has retained its natural beauty. There is no real town (apart from some restaurants, bars and supermarkets) but in the summerseason busses run regularly to the town of Tropea. Tipp: Enjoy the romantic sunsets and spectacular views to the Aeolian Islands, the strait of Messina and to Mountain Etna!

The Violet Coast is the point most south on Calabria’s Tyrrhenian Riviera, and its sea is deep and assumes, at certain times of the day, a fascinating violet color. 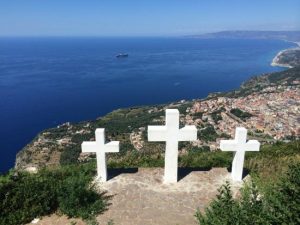 Beyond the uncontaminated environments of the golden beaches and Monte Sant’Elia, Palmi (Reggio Calabria Province) is a significant attraction due to its archaeological finds dating back to the Neolithic period. Near to the coast the sea gets very deep, therefore it has a deep blue during the day and it reflect violet during the sunset (between May and September). This is why this coast is called Costa Viola. 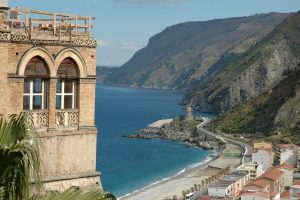 From history to nature and back again: Bagnara Calabra nestles within the hilly cliffs jutting over the water, and embedded among the vineyards. From here, a charming panorama of the Aeolians and Strait of Messina calls out to those fortunate to stand on these cliffs. During the summer Bagnara Calabra is a popular touristic place. 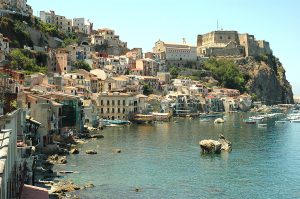 Scilla is a town and comune in Calabria, Italy, administratively part of the Province of Reggio Calabria. It is the traditional site of the sea monster Scylla of Greek mythology. The Ruffo Castle, a fortress built by the Dukes of Calabria overlooks the beach. Unfortunately the village suffered greatly from the 1783 earthquakes in Calabria. You can visit the castle “dei Ruffo” where you can find a beautiful stairway and room of access as well as fantastic views to the sea. Furthermore there is an area which is called Chianalea. Chianalea is also called “the small Venice of the South” as the houses are built on the rocks directly at the sea. 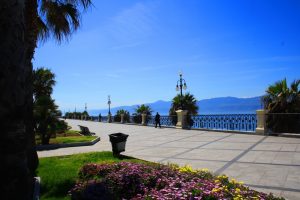 The city of Reggio Calabria presents the most antique city of the region Calabria, the city was founded at the beginning of the Greek colonization with the name Reghion. When you go to Reggio you definitely need to visit the National Museum where you will find the famous Bronzi di Riace.