The Ionian Coast has different characteristics from the Tyrrhenian even if they’re pretty close to each other.

The Costa dei Gelsomini is the most Southern coastal region of Calabria. Part of this coast are the villages Riace and Locri which face the dark blue Ionian Sea. This terrific coast is 90 km long and surrounds the province of Reggio Calabria. It took his name “Costa dei Gelsomini” for the splendid plants which cover the whole territory. Bays with beautiful and sandy beaches which touch the rocks exactly at the sea. Near to this breathtaking territory you find the national park Aspromonte. The perfect place for a simple holiday in still intact places, rich of history and traditions. 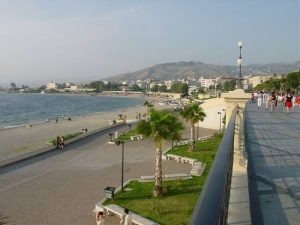 Bianco’s beaches match perfectly its name thanks to the white sand and the clay hills you see from the shore and which create an amazing frame around the town. The limpidity of the sea is testified by the European “Blue Flag” Award and, of course, by the crowd of tourists who visit it every summer. But Bianco does not only offer sea: of course, its beach is a referring point for the ones who want to have fun, but there are also restaurant with Calabrese Cooking and an amazing medieval castle within walking distance, which dominates the shore from above. 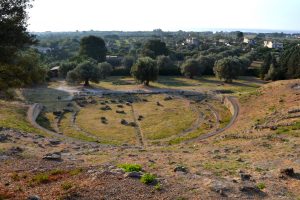 Along the Costa dei Gelsomini there is also Locri, a city with a glorious past still living in the archaeological area named Locri Epizephirii, the magnificent colony of the Great Greece. A vacation in Locri, hence, must be cultural, too, but don’t forget its beautiful sea promenade, with multi-coloured lidos equipped with beach furniture and luxuriant palms all along: a wide beach and a blue sea will be the constant background of your walk. For people who love thermal baths, Locri offers various hot springs and healthy waters having proofed healing properties. 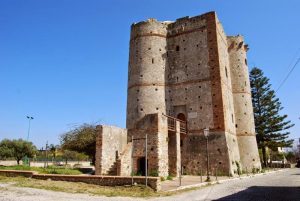 Marina di Gioiosa Ionica is located some kilometers northwards: for its excellent sea they awarded it with the “Blue Flag” since 1994 to 2004 and then again in 2008 and 2009. Marina di Gioiosa’s Beaches are prevalently sandy, with soft and compact sand. The Sea Promenade has been recently renovated and equipped with beautiful palms that give an exotic touch to this town, where nonetheless the nature expresses itself with citrus trees and olives characterizing a typical hill landscape. Watching the hills from the beach you can see two medieval sighting towers, well preserved still: Torre Cavallaro and Torre Galea, particularly appreciated by lovers of military architecture of the Middle Age. And don’t forget to taste the typical Calabrese dishes you can have in the restaurants of Gioiosa Ionica: among the typical recipes we mention the fish dishes, especially “Pesce Azzurro” to which is dedicated one of the various food and wine festivals all the year round. 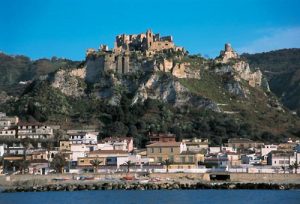 On the northern end of the Riviera dei Gelsomini is Roccella Ionica, a very important tourism port and a perfect sea holidays resort. Also this year Roccella has been awarded with the “Blue Flag” for its limpid sea and carefully cleaned beaches, and for that many tourists choose this town in the Province of Reggio Calabria for their summer vacations. The particular play of light at sunset, the possibility to watch the sun rising from the sea make of Roccella a magic place: besides, the sea Promenade, the rocks that divide the beaches and stretch in some point until the shoreline and the magnificent Norman Castle that dominates the village create a unique atmosphere, don’t miss it! If you look at the village of Roccella Ionica from the beach you can also see the thick Catalan Wood that frames the hills and the Tower Pizzofalcone, one of the symbols of the city. 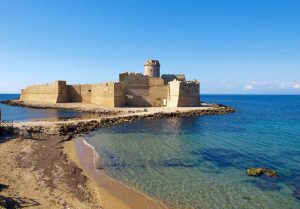 In Isola di Capo Rizzuto you will find the most important Marine Reserve of Calabria. Underwater Nature, scuba-diving and snorkeling will be of course the ideal activities to do, but there are also other more relaxing ways to enjoy a stay in Calabria: equipped lidos will be perfect for lazy people or the one who just look for a rest! 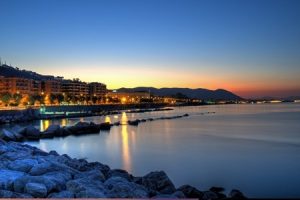 The Cathedral, originally from the 9th to 11th centuries, but largely rebuilt. It has a neo-classical facade, while the interior has a nave with two aisles, with Baroque decorations. Noteworthy are a baptismal font (12th century) and the Madonna di Capo Colonna, the icon of the Black Madonna which, according to the tradition, was brought from East in the first years of the Christian era.

The 16th-century Castle of Charles V. It houses the Town Museum, with findings excavated in the ancient site of Kroton. Notable are also the remnants of the walls, of the same century, and of various watchtowers. The ancient castle built on an island, with accessibility on foot limited to a narrow strip of land, is referred to as Le Castella. 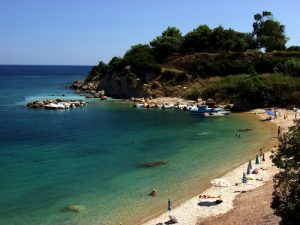 Cirò Marina is dominated by the rock where is located the impressive Castle of the Family Carafa and the ancient burg, which is worth a visit for sure with its historic buildings such as Torre Nuova or Palazzo Porti and the archaeological remains of the Temple of Apollo Aleo (fifth century b.Ch.). A far as Beaches and Sea are concerned, Punta Alice is the best destination: limpid water and wonderful sea-beds allowed it to receive also this year the Blue Flag Award, as well as since 2002. And what can we add about Cirò Marina’s cooking? The abundant fish dishes can be flavoured with hot pepper and accompanied with a tasty wind of Cirò. 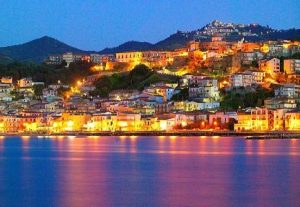 Cariati is another of the Calabrese sea resorts awarded with the “Blue Flag” in 2009. Beyond the marvelous sea and a soft-sand beach, in Cariati you will also find a medieval burg with characteristic lanes stretching until the shore. We recommend a visit to the Rione Valle for its typical narrow streets and wonderful views on the seaside. Among the various view points of Cariati we suggest you the tower called Torrione Valle, from where your sight will dominate the whole gulf. The Tower can offer amazing and changing views according to the time of the day: beyond sunsets and dawns with the sun rising from the sea, you can enjoy the wonderful play of lights of Cariati by night. A last note for people who love camping: in Cariati there are well equipped camping areas, which receive every year lots of visitors.