Any wish can be fulfilled. Those who love nature, its scents and mysteries, can explore the Calabrian hinterland, discovering pure and unpolluted sceneries, where huge green belts alternate with blue lakes and waterfalls.

Aspromonte National Park is situated in the southern part of the Apennines in Calabria. This strip of granitic-crystalline origin resembles a giant pyramid. The area is near the sea and reaches 2,000 meters of height with its many mountain peaks and plateaus of marine sedimentary origins. The Park territory, deeply marked by a number of watercourses, is also characterized by numerous species such as the Wolf, the Peregrine, the Eagle Owl, and the Goshawk, and by wide forests of beech tree, silver fir, black pine, holm oak, chestnut tree, and Mediterranean maquis. A couple of rare species live here: Bonelli’s Eagle and the tropical fern Woodwardia radicans. Surrounded by the Mediterranean Sea, the Park is enriched by considerable historical, artistic, and archaeological aspects, evidences of the archaic, classical, Greek, medieval, and modern culture. 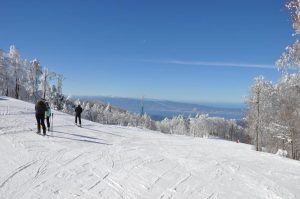 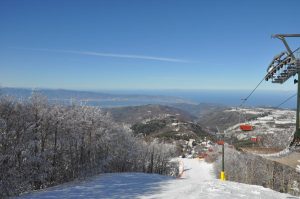 Whatever your motive for going in the mountains is, when you are in the province of Reggio Calabria you definitely need to visit Gambarie d’Aspromonte. Today Gambarie is famous for their hospitality, variety and spontaneity. Furthermore Gambarie is known for the skiing slopes, the lifts, and the hotels which enrich Aspromonte, the natural atmosphere and the suggestive landscapes. Gambarie is located 1400m over the level of the sea. The area of Gambarie is protected as it is one of the most important national parks in Italy (for the flora, fauna, landscapes, size). Furthermore it is an important touristic area in the summer as well as in the winter especially for skiing.

Up the skiing slope you get the impression that you can jump directly in the crystal clear water of the Costa Viola while you can watch the erupting Etna and the smoke above as well as the Aeolian Islands surrounded by the Tyrrhenian sea. 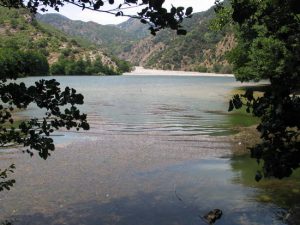 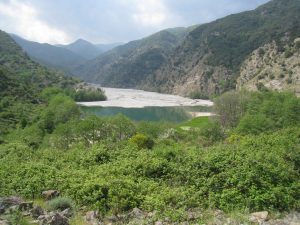 The lake Costantino was born, lived and is going away, sad and silent.

It has been almost forty years ago since that night of rain and lightning that between the 3rd and 4th January 1973, caused the landslide that blocked the stream Bonamico, giving rise to the lake; many more than that, according to some researchers at the University of Berlin who studied the lake in the years after its formation, would be sufficient to its complete disappearance, due to the accumulation of debris on the bottom.

Today all that remains is about a quarter of the original extension of the Lake (2.4 km and depth of 18 metres). Unfortunately today the lake is dying and in few decades the lake will be disappeared completely, leaving behind just its vegetation. 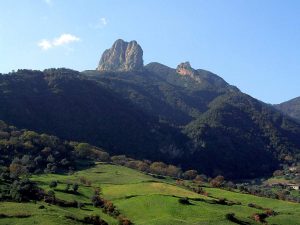 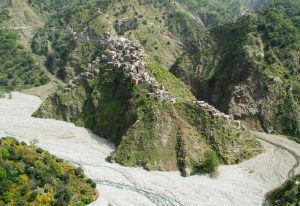 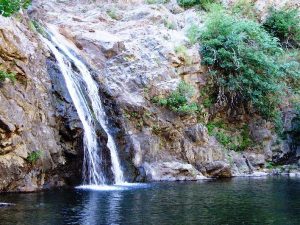 The Pollino (Italian: Massiccio del Pollino) is a massif in the southern Apennines, on the border between Calabria and Basilicata, southern Italy. It became part of the Pollino National Park in 1992.

Formed from limestone, the Pollino is the highest area in the range and erosion of the limestone, especially on the Calabrian side, has created numerous grottoes, such as the Romito grottoes, in which Palaeolithic petroglyphs have been found. Canyons have also been carved into the limestone, such as the canyon created by the Raganello stream.

The Pollino is home to a flourishing fauna and flora. Woods dominated by chestnut, beech and the rare Bosnian pine, which is the park’s symbol, cover especially the highest peaks; animal species include the Italian wolf, eagle owl, roe deer and the rare golden eagle. 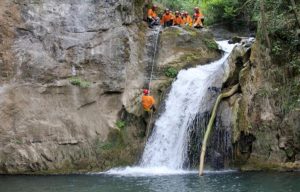 If you want to move your body during your holiday you can experience an unique adventure in mount Pollino. Rafting, canoe and other sports – on the river Lao which is situated in the heart of Pollino (2000mt altitude) everything is possible! Here it will be possible to go down the river with the canoe or rafting on easier or more difficult and terrific slopes. You will see medieval villages and suggestive grottoes like the “Grotta del Romito” of Papasidero. 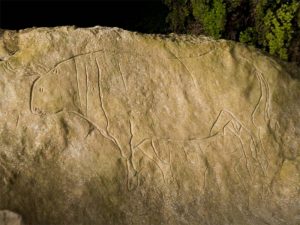 The territory of Pollino includes 56 towns rich of history, culture and art where it is possible to visit museums, cathedral, monasteries, abbeys and many festivals where you can try the typical dishes and the local products like jam, honey, bread, cheese, cold cuts, oil and liqueurs.

Il Pollino conserves many agricultural traditions with religious festivals. In nine towns of the National park there still lives and antique entical folk with albanese originals who still speak Albanese. So they conserve the Albanese language, traditions and culture. 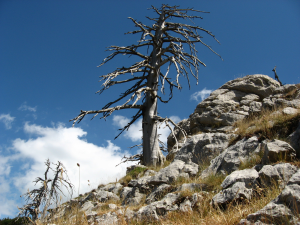 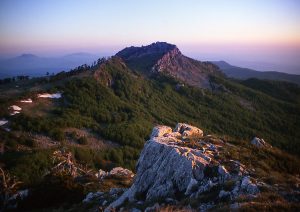 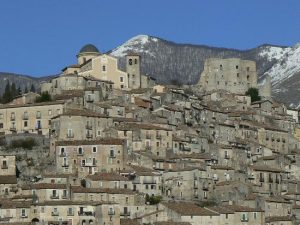 150.000 hectars of natural richness and uniqueness. The national park covers the provinces of Cosenza, Crotone and Catanzaro. You will be impressed by the diversity of landscape, the variety of animals and flora and by the beauty of the places that the national park of La Sila offers.

La Sila is the most antique national park in the region of Calabria, one of the five first national parks in Italy. An area which affects the visitor in a very special way due to the characteristic towns, the hospitality and the opportunity of practising a variety of outdoor sports. Every moment of the year is the right moment for visitig and admireing the splendid territory of La Sila. 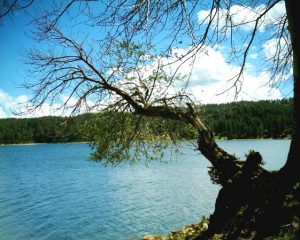 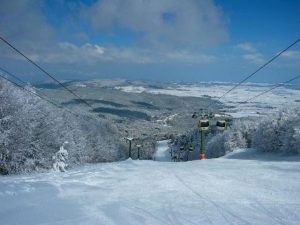 Camigliatello Silano is a location in the moutain on an altitude of 1300m in La Sila in the province of Cosenza. Here you can still see and feel the pure nature from the mountains.  An oasis where the nature is just spectaculary. Apart from the nature Camigliatello Silano is chosen as a touristic destination for the great variety of activities: excursions in the forests, walking tours along the “riva” of the lake Cecita, tours on the hourse, excursions by mountainbike, fishing, excursions with the quad, skiing, snowboarding, and many more.

Camigliatello has the perfect geographical position: in just half an hour you arrive the sea as well as the city (Cosenza). 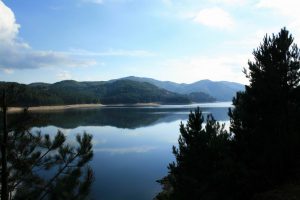 La Sila Grande represents the geographical heart of La Sila, where you can get lost in watching the beautiful trees that never end.  The centre of La Sila Grande is characterized by the lakes: Cecita, Arvo, Ampollino and the smaller lakes: Votturino and Ariamacia situated in the natural reserve in the shadow of the mountain Volpintesta. 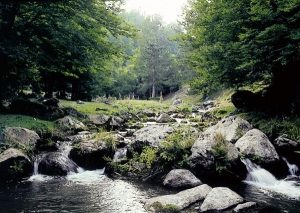 The the south of Savuto and the lake Ampollino you can find La Sila Piccola. There you definitely need to visit Val di Tacina which is the most beautiful village in La Sila. La Sila Piccola comprises parts of the forest of Roncino-Buturo and the forest Gariglione. 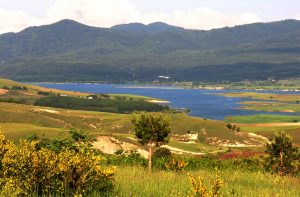 The lake Cecita is situated on an altitude of 1150m over the sea level. It is one of the artificial lakes which are present in the territory of La Sila. The realization of the lake has been in 1951. It is 166m long and 55m big. The “Lago Cecita” is used for the production electricity and for the numerous coltivations of products (in particular the potato of La Sila). 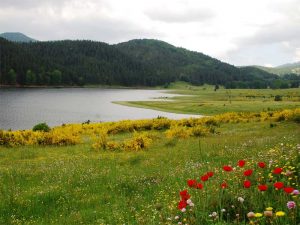 The lake Ampollino is an artificial lake situtated in La Sila. In 1916 the building process was started and it was finished in 1927. In the locality Fiuma Tassito it is possible to see rests of a bridge form the roman empire. In 2005 the lake got more and more attention as there was seen a reptile which is similar to the “Monster of Loch Ness”, but it has never been confirmed that it really exists. 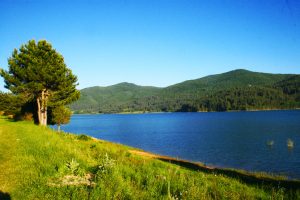 The lake Arvo is an artificial lake in the province of Cosenza, between the mountains Melillo and Cardoneto, near to the town of San Giovanni in Fiore. Due to its capacity of 70 millions of cube metres of water and its legth of 8,7 km, this lake is the second large lake after the Lago Cecita. The lake is connected with the Lake Ampollino. 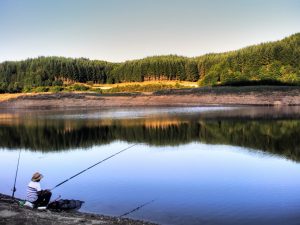 The lake Passante is a Calabrian lake situated in the heart of La Sila Piccoa, in the town of Taverna, in the province of Catanzaro. The lake is like the others artificial. 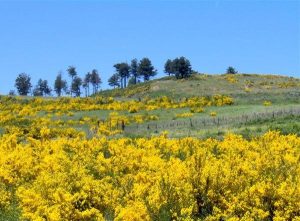 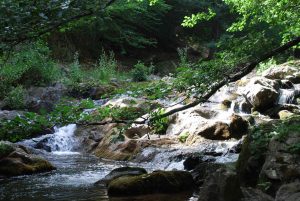 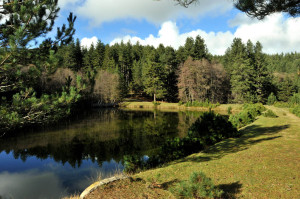